Fighting the decline in insect numbers together: raising awareness, advising and implementing measures

Many scientific studies are reporting on the dramatic decline in species diversity. Insects are particularly affected. To counteract the decline in insect numbers, the Natur- & Geopark Mëllerdall and the Our and Upper Sûre Nature Parks have launched a joint insect conservation project. The project is wholly funded from Ministry of the Environment’s environmental conservation fund.

One of the main causes for the decline in insect species is, first and foremost, the influence of man on suitable habitats, which is why the aim of this project is to raise awareness and to implement broadly-based measures for insect conservation.

Isolated measures in nature conservation areas do not go far enough. For that reason, it is important to press ahead with measures in locations outside the protected areas as well, such as road verges, green spaces and gardens. In insect conservation, successes can only be achieved through a comprehensive project operating as broadly as possible. Accordingly, various regional actors (including local councils, road construction management, farmers, the general population and commercial enterprises) are being included, in order to raise their awareness of the issue, to advise them and to implement targeted measures together with them.

In addition, as part of the project an extensive and long-term network of traps is being planned, on the one hand in order to have a reliable basis of data for developing targeted conservation strategies, and on the other so that successes in implementing measures can be documented scientifically.

You can find more information on this project on the website www.insekten.lu. 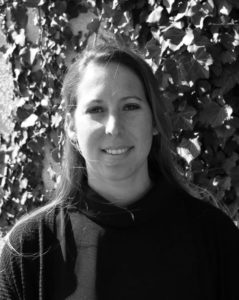 Assistant of Department "Naturpakt"
This site uses cookies to analyze traffic and help us to improve your user experience. Please read our Privacy Policy to learn more. Accept Decline