The northern crested newt (Triturus cristatus) is very rare throughout Europe and therefore strictly protected. The Natur- & Geopark Mëllerdall is one of the few areas in Luxembourg where it can still be found. Conservation of the Mëllerdall population is therefore of great importance.

In recent years, the Natur- & Geopark Mëllerdall has conducted a survey of the northern crested newt population and defined practical conservation measures. The core of the project is the upgrading of various pools in which the northern crested newt lives. For this purpose, contracts have been negotiated with the neighbouring farmers to regulate an appropriate, more extensive management of the surface areas. In addition, our forest wardens intentionally remove trees that overshadow the ponds too much, thus reducing the quality of the habitat for the crested newt.

In addition, some landfills are removed selectively. The ponds are also silted up in places: some such pools are dredged and thus made inhabitable again for the crested newt.

Like many other nature conservation projects in the Natur- & Geopark Mëllerdall, the northern crested newt project is being implemented in close cooperation with the Nature and Forestry Administration and external experts. 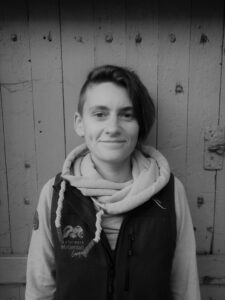 Scientific assistant of the ecological department
This site uses cookies to analyze traffic and help us to improve your user experience. Please read our Privacy Policy to learn more. Accept Decline