The UNESCO Global Geopark Mëllerdall, the municipality of Rosport-Mompach and the Syndicat d’Initiative et de Tourisme Rosport worked intensively on the elaboration of the first “Geo-Pad” in the region. They were supported by the ORT Region Müllerthal – Little Luxembourgish Switzerland and the Nature Administration. On 7 July 2022, the path was inaugurated in the presence of Claude Turmes, Minister for Spatial Planning, and Lex Delles, Minister for Tourism. The path is designed as an educational trail with 11 information panels and runs for 4 km over the “Hëlt”, the hill within the Sauerschleife in the far east of Luxembourg in commune of Rosport-Mompach. It is marked with a fossil oyster (“devil’s claw”), a reminder that the rocks in place were formed in a sea long ago. The Hëlt is an extremely valuable area. It is one of the 22 geosites of the UNESCO Global Geopark Mëllerdall, a national nature reserve and part of the European Natura 2000 network of protected areas. The Hëlt is even the Geotope of the Year 2022!

Here, the Sûre River has dug deep through the rock layers of dolomite, marl and sandstone that were formed in a sea about 240 million years ago (“Muschelkalk”, part of the Triassic age of the Earth). In the process, the flatter slope of marl in the lower part of the Hëlt and the steep dolomite cliffs at the crest were formed. The legendary “Kimmfrächen” is said to live in the deep fissures in the dolomite. A geological peculiarity is the escape of gas bubbles in the acid. This is CO2, which comes to the surface here. It connects the region with the volcanic Eifel, because the gas comes from magma that caused volcanoes and maars to form in the volcanic Eifel.

There is no other place where contrasts in landscape lie so close together as on the “Hëlt”: the wild northern slope, formed by a large landslide in the marl, is forested and it is cool there even in summer. On the almost Mediterranean southern slope, one discovers the only wine-growing area in the region. Here, lizards sun themselves on the dry stone walls, and numerous rare orchid species and other plants worthy of protection grow on the dry grasslands. A canal used for energy production cuts short the sour loop and turns the “Hëlt” into an island.

All this and other details of the history of the earth, our landscape and its use by humans can be found on the “Hëlt” Geo-Pad on numerous information panels:
How is electricity generated from water power? Where do the many dolomite boulders come from, which can be found here on the slope, but also in heaps of read stones and dry stone walls? How does the carbonic acid get into the Rosport water? What explains the distribution of agriculture, forestry and viticulture on the Hëlt? Why are there so many orchids here?

The terrain of the tour is varied, partly challenging and not barrier-free. 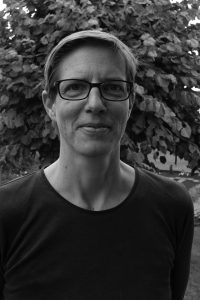 Head of the geology department and Nature Park school
This site uses cookies to analyze traffic and help us to improve your user experience. Please read our Privacy Policy to learn more. Accept Decline